Washing Machines and their technological development

The days of washing machines vibrating across a room are long gone. This waddling tendency was a defect in the designs of many washing machines. European models were the most notorious for this fault, with internal mechanical designs meaning the load would almost twirl horizontally. While American washing machines rotated loads on a vertical axis; resulting in a washing machine which wouldn’t go walkabouts.

As a result of technological development, washing rooms no longer scuttle across your laundry room. Nowadays, we have washing machines that look as if they were built by Nasalize a majority of modern household appliances washing machines are now being released complete with a number of additional features.

Many washing machines now have digital displays, as well as the ability to dry clothes. Washer dryers can save on space rather than having two separate appliances in your home. These applications can be just as effective as a tumble dryer. If you are unable to allow much space for a washing machine it may be worth considering an integrated appliance.

Integrated washing machines are suitable and add value to your home; these appliances are hugely popular at the moment due to their compact nature. There are various applications on machines which help save energy.

The designs of drums have been developed into a reverse action which can save a substantial amount of water and energy. Most washing machines manufactured in the 1990s can use up to 7-10 gallons of water per cycle while machines built in the 1980s could use up to 15 gallons.

Washing machines can now work just as well at lower temperatures meaning you can save money on energy bills. Manufacturers have altered their models to make sure you can get a decent wash from even the lowest temperature setting. Modern washing machines are far less old than older models; which is brilliant if you live in small accommodation. Technical balancing systems have been developed to ensure that every wash is quiet. 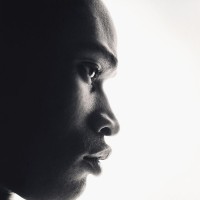